‘With this initiative, we wanted to target 6 pupil premium children who had not responded to any other initiative.
We selected these children because they lack in confidence, they have a negative view of themselves and this affect their emotional well being as well as their academic achievement. These children would rather boycott their efforts rather than risk failure, disappointment.

In addition to that, these pupils are seen as different by their peers due to behaviour, special needs, lack of social and personal awareness.

This initiative has produced positive results:

As a SENCO , I was prepared to remove any pupil who did not follow the rules(some of these children had been physically aggressive to peers and adults in the past). I had made this clear to the children and their parents. I am delighted to confirm that this was not necessary as the children were supported by the mentors in such a way that each session represented a positive step forward.

Parents also commented on how the children were really excited about the sessions, how nice it was to have a conversation with their children around something positive. The mother of IT wrote:’My daughter told me that people are saying that she is good at song writing. Finally she is showing some confidence’.

The show will hopefully improve the children’s confidence further as they will present their songs to the whole of KS2 as well as their parents and guests. We want the school to see these 6 children in a positive manner. We feel that this event will contribute towards building bridges and change the negative perception into a positive one. The school music teacher, Mrs Hughes, heard, by pure chance one of the children’s song and she has invited them to perform at the Xmas fair.

Finally, I would like to thank Miriam and Silvastone for all their hard work. You are both so positive and energetic,extremely knowledgable and a real inspiration. I appreciate all your feedback and I do hope we can carry on working together.’ 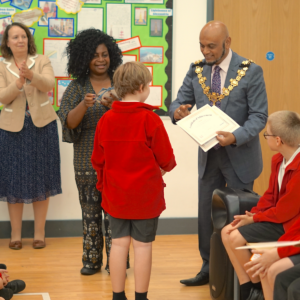 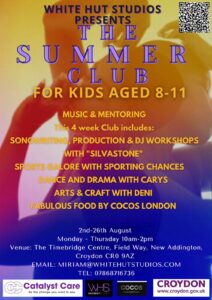 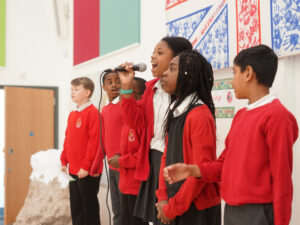 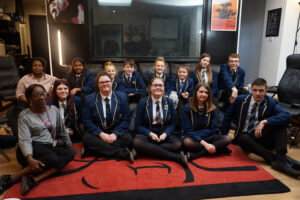 Sign up to White Hut Studios and be the first to hear about new products, music and the latest news.
×
×